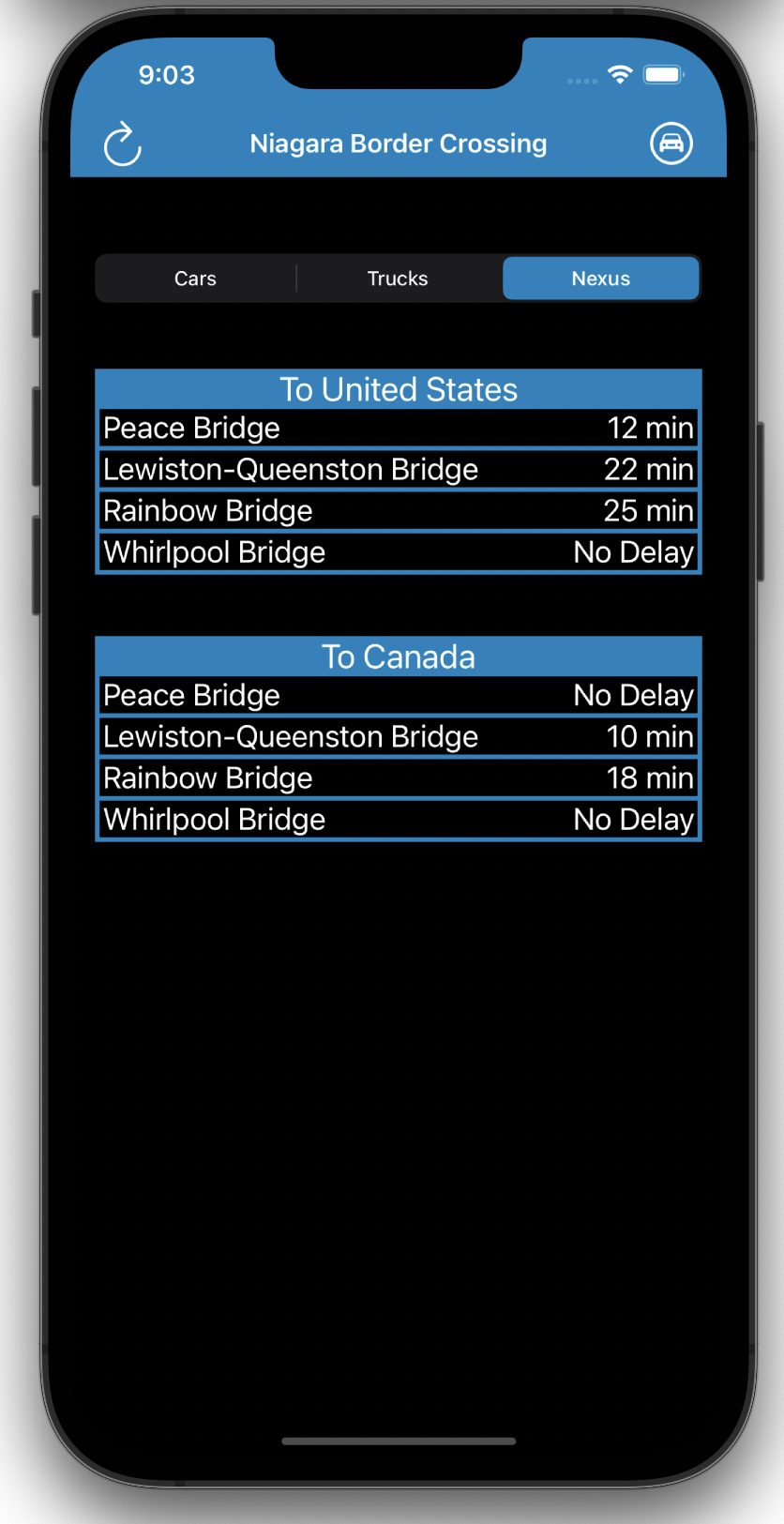 The Niagara Border Crossing app has been updated to version 2.1 for iOS, matching the update released for Android and Windows earlier this month.

This new version fixes a bug with retrieving the wait time data, and also improves support for the newest iOS features and screensizes. Additionally the app is also now available to be downloaded on Macs with a M1 series processor.

This app shows the current wait times for all four of the border crossings over the Niagara River between the United States and Canada. These bridges between Western New York and Southern Ontario include the Lewiston-Queenston Bridge, the Whirlpool Rapids Bridge, the Rainbow Bridge, and the Peace Bridge. Separate times are shown for cars, trucks, and also for those using the Nexus lanes.